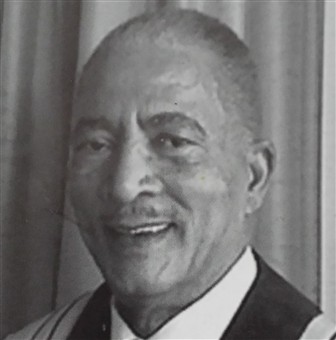 In 1990, Charles Egbert McFarlane planted a church in Ponders End after the Lord spoke to him to leave his church in Stoke Newington having recently purchased a property in the Enfield area. Because he had a heart for the unreached people of Ponders End, he would go on mission knocking on doors in the local area to witness to people. His vision was to feed the church spiritually, emotionally, socially, educationally and physically in order to care for the well-being of his members. and teaching in the church, but this was only partially realised for a time.

After his death in 2005, his wife, Elder Daphne Mertella McFarlane, took over the running of the church. She served for 9 years, but the vision of an assistant pastor was never realised.

When Elder Daphne Mertella McFarlane died suddenly on the 7th September 2014, the brethren were left temporarily without a Pastor to spiritually feed and care for them. The Executive Committee and Departmental Officers voted in Evangelist Claudette Young as the Interim Pastor on Wednesday 10th September 2014. On Sunday 9th November 2014, this was officially approved by the Diocesan Bishop, Euston Copeland. Evangelist Young was officially installed as the Pastor of Gospel Temple Apostolic Church on Saturday 28th October 2017 and ordained an Elder on Sunday 28th May 2017.